The making of the three films

When Anna Halprin and I met at a workshop in 1982, she no longer performed in public. She was engaged in the development of dance as therapy and a means of healing that would provide decisive impulses to the world of art and dance therapy. At that time, I was an actor at the German State Theatre and was interested in Anna Halprin as a performance artist who explored the intersections of theatre and dance with lived life, through movement. My personal interest was in how to deal with real-time and authentic improvisation on stage. I was fascinated by Anna, by how she expanded the boundaries of theatre and by her ability to unleash the creativity of others. Years later, her attitude would greatly influence my decision to become a filmmaker and experiment with fiction and reality.

Over the next twenty years, Anna and I had only loose contact. We didn’t meet again until February 2002, on the occasion of her show at the Joyce Theater. There she was again, in all her glory. It was incredible, at over eighty she had returned to the stage and thus back to her beginnings! For her opening performance she presented a play in Butoh style with Iko and Komo. This was followed by a 15-minute solo in which she danced and narrated her life story. Some of the audience had tears in their eyes. I was also deeply moved by this woman. In a world of poses and competing stylizations I experienced the presence of someone who I felt was completely authentic and whose message was universal - it was a relief! The audience felt her immediacy too, her direct art based on her everyday life.
Her show awakened in me the urge to make a film that would touch the audience the same way Anna's performances touched her audience. When I learned from Anna that no one had recorded her performance, I picked up a camera myself on the last evening of the show. Unfortunately it was already too late to get permission to shoot close-up angles at stage level, but at least we were allowed to film from a corner of the theater behind the audience.
Anna then invited me to participate in her next summer workshop. I hesitated, as my first feature film, "Heartbreak Hospital", had just been completed and I did not feel in shape to dance and perform with professional dancers from Japan, Australia, France and the USA.
Eventually though I accepted her invitation and took my film camera to Anna in California. Unfortunately this first attempt to film Anna failed due to the fact that some of the participants did not want to be filmed. Although Anna tried to change their minds, I wasn’t able to film in the end. But my desire to follow Anna Halprin's life and art was aroused, and already my first Anna workshop in the early 80s was an important experience for me. And twenty years later, I realized the unique way she had developed her vision in dealing with movement and performance to convey authentic personal experiences with art in a universal way. In 2004, at the end of the second workshop, I asked Anna if she would be willing to make a film with me about her life. "Okay", she said immediately, "but you have to hurry, I'm already 83!" A few months later I sent her a formal agreement and was surprised when she didn't want to sign. A French journalist was already working on a similar project for a theatre and dance festival at the Centre Pompidou in Paris. I was disappointed and gave up the idea.

In the summer of 2005 I returned to San Francisco to participate in Anna's annual workshop. Now Anna asked me if I would like to work with her on a film about "Seniors Rocking,” a dance piece that Anna wanted to use to help older people to overcome their clichés about getting older. Her film concept was to expand the performance with the personal stories of the participants and thus to pursue the question: What is the most important thing in life? She was looking for stories that came from the heart which the participants wanted to leave to their children, grandchildren and friends.
Since I knew Anna well by now and knew how to turn a personal question into a big event, I pointed out that this project also touches her legacy. Again I announced my interest in documenting her life. Anna pondered for a moment, then suddenly invited me to film at her home. Not only did she agree to give me access to her past and to her work, but she also agreed to include her husband, the well-known architect Lawrence Halprin, in the project. Since that afternoon, in her kitchen, she has opened one door of her life after another for me. This allowed me to film and document not only "Seniors Rocking", but also all her important shows, lectures and workshops, her performances in San Francisco, her work in nature, her various classes, her latest work "Rodin,” as well as her husband's 90th birthday and her doctor visits!
I discovered how intertwined Anna's personal life actually was with her life as an artist. "There is no real separation," one of her daughters ironically pointed out. Anna Halprin cultivates what she calls the "life-art-process" and integrates the ups and downs of her life again and again in her creative work -- including the topics of aging and death. In "Intensive Care" she manages to translate the fear of her husband's death with her own fear of death into a powerful and at the same time universally valid choreography. At the age of 85 she played her own death at the end of the piece. With this she created not only an unforgettable visual highlight of the play but also for the film Breath Made Visible.
Anna Halprin is a passionate, obsessive artist who packs her whole life into art and all her art into her life. With her performances she questions the true meaning of life. How can art help us to cope with life? Why do we make art? In a late interview Anna said she hoped she had re-defined dance. This redefinition is not only created by young bodies on stage -- no, it takes place with performers at any age!
The result of our long collaboration are three films that not only unfold Anna's unique story -- from her groundbreaking performances in the 1950s and 1960s to her current solo performances before us -- but also reveal how her life and work illustrate the true meaning of dance and its power to help us not only manage our lives, but to change them and remain true to ourselves in the process. The focus is on our values and how we can remain authentic and experience ourselves in the 21st century.
I wanted to let Anna dance through her own life in her unique way. In the films, dance becomes a way of addressing life itself and everything that is really important in life. Dance brings people together, it creates community. As Merce Cunningham said: "Anna is a prophetess, a philosopher". 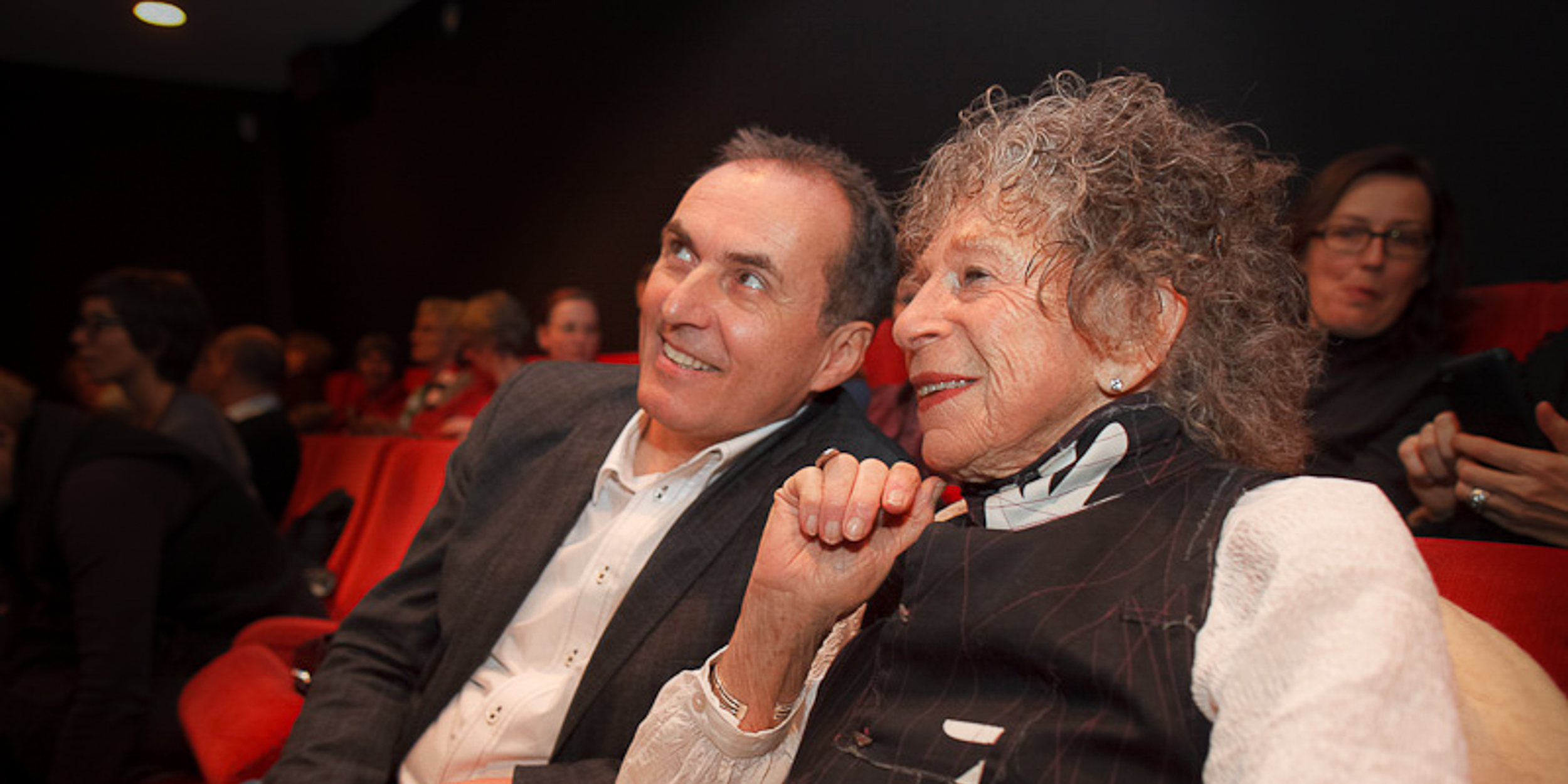